Paris has her bouquinistes, the used and antiquarian book vendors lining the banks of the Seine, and London has its alleyway of rare book sellers by Leicester Square Station. The equivalent in Colombo are the seven wayside booksellers opposite the traffic island where D R Wijewardena Road meets T B Jayah Road.

I discovered them over 30 years ago when I was looking for books about the history and manufacture of Pure Ceylon Tea. Here I found precious volumes, 1930s novels with art deco covers, as well as old copies of Reader’s Digest, culled from the libraries of tea plantation bungalows. 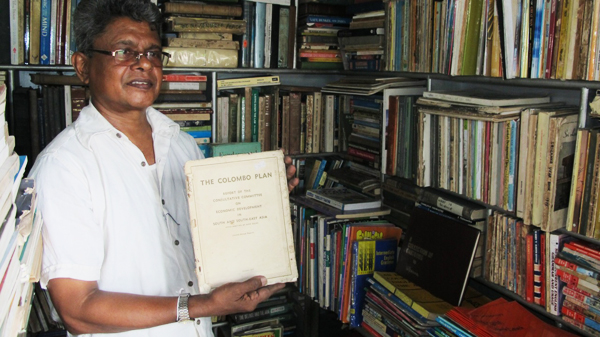 Sarath Thewarahennadi of Sarath Books has been dealing in second hand books for nearly 40 years. He inherited his knowledge and love of books from his uncle who began selling books in Maradana in the 1950s. His shop appears to be a disorganised jumble of books but Sarath knows where everything is. “It’s in my memory,” he says cheerfully. “My only filing system is my brain.”