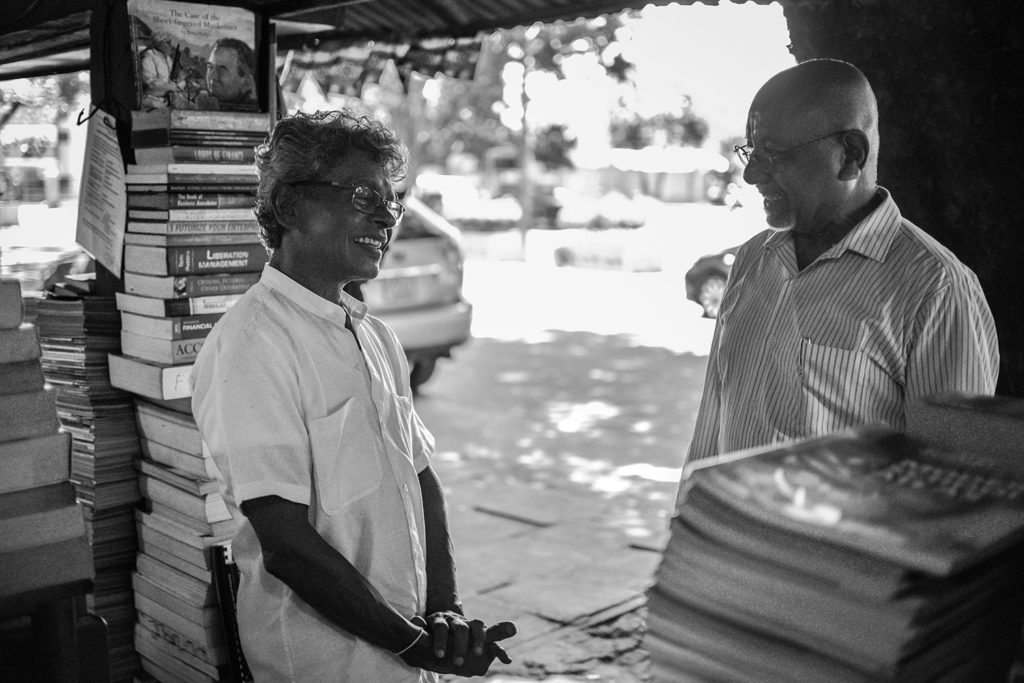 Sarath Books’ history goes back to the period of the 1970s, and we believe it’s Mr. Premadasa Weerarathna who was the pioneer in the used book business in Maradana, and the person who opened the opportunity for another one dozen book shops on the same block.

The story of used book shops is very interesting!

Sarath is the nephew to Mr. Premadasa Weerarathna who was the founder of the very first second hand book shop at the corner of D.R. Wjewardana Rd, and T.B. Jaya Mawata (near the famous old Gamini Hall roundabout). 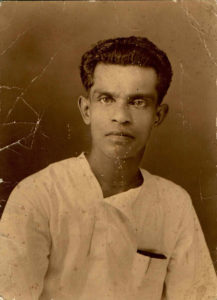 The story begins in the colonial period in Sri Lanka; Mr. Premadasa Weerarathna was a soldier in the British Royal Navy. In the 1940s he got injured due to a gas explosion at Trincomalee Naval Base. Unfortunately, he lost his left arm and right leg, and in the process, his military career, which ended in premature retirement. His recovery was aided by him receiving monthly compensation, and annual delivery of an artificial leg and arm through the British High Commission in Colombo. Then Mr. P. Weerarathna decided to start a little business. He started collecting English novels and Reader’s Digest from his old colleagues in the Navy, sold them to the public at Maradana Rail Station. There was a big demand for used Reader’s Digest, as it was so cheap, and there was a big demand for English readings in those days. His business was grown within only a short period, and he started his bookshop “Premadasa Bookshop” in 1950 at Colombo 10.

Sarath came to the scene to help his uncle’s business as a shopkeeper, and after serving for many years, Mr. Premadasa encouraged Sarath to start his own book shop, which he helped initiate. Sarath Books started in 1976 with the help of Sarath’s two younger brothers Premasiri D.T. Hannadige (Hinni Malli) and Bandula C.T. Hannadige (Kalu Malli). Also, in the early stages, there were few regular customers who helped out in various ways to get Sarath Books stand on its own feet.

Now, only Sarath works by himself with the help of his younger son Sanjaya N.T. Hannadige and a few co-workers.

Today, Sarath Books is the most popular shop among book lovers for its great customer care, vast collection of books, Sarath’s deep knowledge on titles and authors, and the superior price.